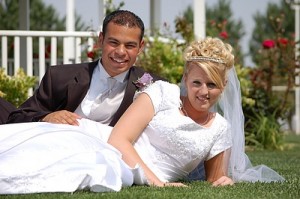 It has been a busy week few weeks of ministry here in Lancaster, to so say the least. With graduation just a few days behind us, the summer weddings have already begun. Last week, just two days after graduation, I performed the wedding ceremony for two couples.

One of the joys of the ministry for me has been to see families accept Christ through Lancaster Baptist and then bring their families up in the knowledge of the Lord. Such is the case with the Palencia family. Their oldest son, Roberto, grew up in the youth group where he made many great decisions for the Lord. After high school graduation, Roberto began attending West Coast Baptist College. During his college years, he maintained a strong testimony for the Lord and kept himself involved in the work of the ministry. During college Roberto met Jessica Marrow, who was raised in a godly Christian family on the East Coast. Last week, I performed the wedding ceremony for Roberto and Jessica Palencia, and it was a joy to see these two lives joined as one in Christ. I thank God for His work in their lives. 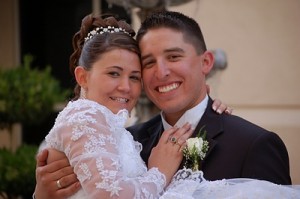 I also had the privilege of marrying Derrick Williams and Darci Tyler last week. The Williams family was also reached through the ministry of Lancaster Baptist and Derrick grew up in our youth group and Christian school. He always kept a good testimony and seriously endeavored to follow God’s will for his life. During Derrick’s high school years, his mom went home to be with the Lord after a long battle with cancer. Through it all, Derrick found his strength in God. After graduating from Lancaster Baptist School, Derrick enrolled in West Coast Baptist College to prepare for his future ministry. During college, Derrick began to date Darci Tyler. Darci also comes from a strong Christian family that loves the Lord. Over 25 years ago, I attended Bible college with Darci’s parents, who are now faithfully serving the Lord as missionaries in Romania. I was thrilled to be able to take part as Derrick and Darci were joined together through a beautiful, Christ-honoring ceremony.

It’s an amazing thing to see God work in the lives of His people. Pray for these young couples as they begin their ministries together for the Lord.