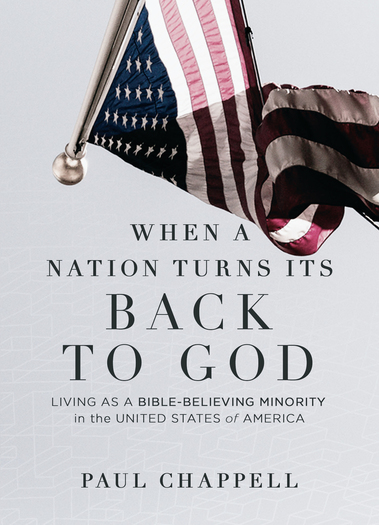 When a Nation Turns its Back to God

How did a nation that carved the words of Scripture into its stone monuments and inscribed “In God We Trust” on its currency come to the place where the Bible is openly scorned and its truth is disregarded? Just decades ago, we saw the resurgence of what some called the “moral majority,” but Christians who believe the Bible in America today can only be described as a “moral minority.”

How did we get here as a nation? Is there hope for a national turning back to God? What can Christians do today to make a difference for Christ? In these pages, examine the realities surrounding us today in light of the biblical response modeled by first-century Christians. Like early Christians, we may be strangers—a minority in a godless culture, but we are also victors—more than conquerors through Christ who loves us and who loves the people of the world in which we live.