Thankful for My Baptist Heritage

En route to Israel for our Holy Land Tour beginning this week, Terrie and I were able to meet part of our group, get our bodies adjusted to the time difference, and visit a few Baptist history sites during a layover in England.

I’m so thankful for my Baptist heritage and was reminded at each of these sites how rich it is. Psalm 44:1 says, “We have heard with our ears, O God, our fathers have told us, what work thou didst in their days, in the times of old.” As I visited many of the locations where Baptist leaders of past generations preached and sacrificed for the faith, I thanked God for the message which “our fathers have told us”—that Scripture alone is our authority for faith and practice, that the gospel is worth giving everything (including life) for, and that God rewards faith in Him.

I’d like to share with you pictures from a few of the places we visited in England.

Below is a picture of the remains from the earliest Baptist church in Wales—located in Ilston and established in 1649.

The church was founded by and pastored for several years by John Myles, as seen in the plaque below. 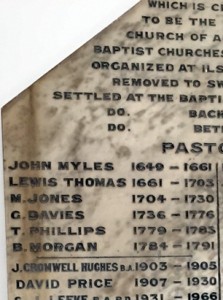 Not long after its beginning, the church relocated to the nearby town of Swansea, Wales. (Below is the Bethseda Baptist Chapel that stands today in Swansea.) Myles continued as the pastor until he fled persecution by immigrating to the American Colonies. He, along with several members from the church in Wales, established a Baptist church in Swansea, Massachusetts, in 1663—the earliest Baptist church in the state.

Years later, in 1838, Christmas Evans would die in Swansea, Wales, while on a preaching tour of South Wales. Evans—sometimes called “the Bunyan of Wales”—was remarkable in his love for Scripture (he was an illiterate adult who learned to read simply because he wanted to be able to read the Bible) and his strong Baptist convictions.

Evans, who was not originally a Baptist, began studying the issue of believer’s baptism with the goal of proving the position wrong. But as he read the Bible, he came to a very different conclusion: “Having read the New Testament through, I found not a single verse in favor of infant sprinkling, while about forty passages seemed to me to testify clearly for baptism on a profession of faith.”

It was a privilege to visit Evans’ burial site. 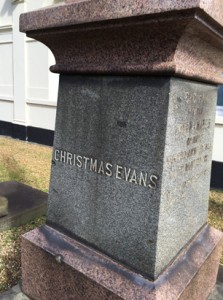 At left below is the Litchfield Cathedral where Baptist preacher Edward Wightman was tried for heresy because he preached against transubstantiation. At right is the plaque in the Litchfield marketplace where Wightman was burned at the stake—the last Baptist martyr to be burned in England.

In Bedford, we visited the jail where John Bunyan spent twelve years because he believed in the autonomy of the local church and would not take a license to preach from the Church of England. 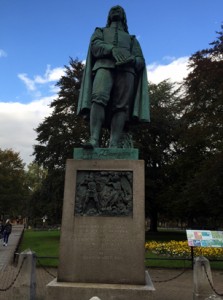 In Oxford, we found treasures in the Angus Library of Regent’s Park College (part of the University of Oxford). 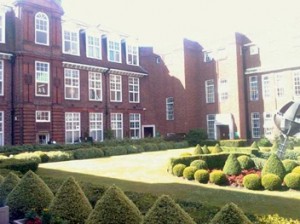 Among the memorabilia was the deathbed of William Carey (below left), the English missionary to India who is today called “The Father of Modern Missions.” At right are his letters to the Baptist Missionary Society in London.

In London, we visited the Metropolitan Tabernacle where Charles Spurgeon pastored for thirty-eight years. Pictured right are some of Spurgeon’s letters. (These are from a collection held at the Regent’s College library.)

In Bristol, we got to visit the site of George Müller’s orphanages. (Müller was not a Baptist, but God used his great faith to help ten thousand orphans, many of whose parents died of cholera.) It was a pleasure to sit at his desk where he recorded the many instances of God’s miraculous provision in answer to prayer. 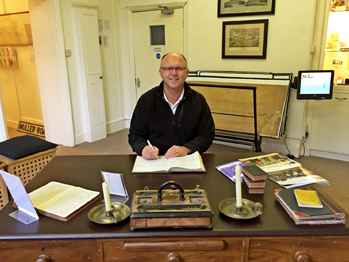 Below is Müller’s headstone which references what is probably the greatest legacy of his life—proving the willingness of God to answer prayer. 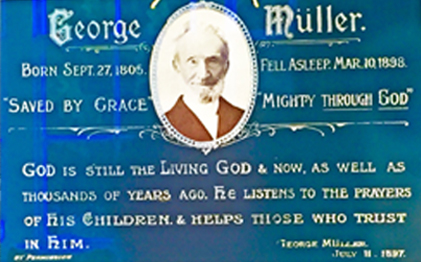 As we visited these sites, I thanked the Lord many times over for the faithfulness of those who have gone before us—and for God’s faithfulness to them.

One day, if the Lord does not return in our lifetime, you and I will be the “heritage” of those who come behind us. May they likewise find in our testimony a faithfulness to Bible doctrine and a consuming love for our God.