A Sad Day to Be a Californian 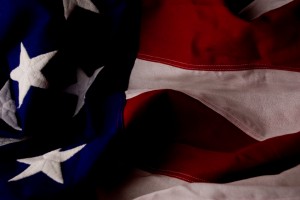 California takes a bad rap almost every day because of Hollywood and the liberal agendas for which our state is known. On Monday, many of us were grieved and ashamed of Governor Schwarzenegger’s signing a bill to make a day of special recognition for a homosexual activist. Many of us have fought for months to protest what is now “Harvey Milk Day.” Christians across the state called and wrote the governor and lobbied in Sacramento.

In a day when families so desperately need support in God-created and ordained roles, this law is an incredibly damaging decision—and a defeat for biblical families. Children need role models of virtue and excellence. Why should we promote to them a lifestyle of sin and destruction?

California is in a steep financial crisis. That our governor even thought about this bill when we don’t so much as have a state budget is both surprising and appalling.

Hawaii also recently passed a bill that undermines biblical Christianity when they voted to celebrate “Islam Day.” One must wonder what the founding fathers of our nation would think about those in office voting to honor Islam and homosexuality.

Call Governor Schwarzenegger’s office at 916-445-2841 to voice your sadness over his decision. Include this number in your church bulletin, and encourage other concerned Christians to call as well. We must be salt and light to make a difference.