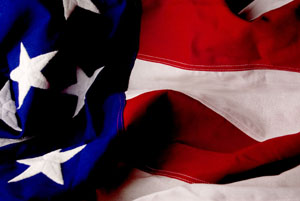 Psalm 33:12 says, “Blessed is the nation whose God is the LORD; and the people whom he hath chosen for his own inheritance.”

Honest historians have never been ashamed of the fact that America was founded as a Christian nation. No one has ever claimed that every citizen was a Christian but the vast majority of our early leaders, including our first President, claimed a strong faith in Jesus Christ. This past week the House of Representatives passed HR 1913. This bill which is called a “Hate Crimes Bill” has created a special, protected class for homosexuals and people involved in other lifestyles outside the bounds of Scripture. There is no need to provide such a protection for this class of people, as Americans are already protected by our Constitution. This particular bill essentially gives homosexuals the privileges given to the special particular classes of race, gender, or religion.

The language of the bill leads us to believe that pastors, teachers, and Christian workers who speak against the homosexual lifestyle could be named as responsible for any crime perpetrated by someone who has sat under their teaching against someone living in homosexuality.

HR 1913 is currently proceeding through the Senate. I would strongly encourage those who value the freedom of speech and those who believe this bill is unnecessary to contact your senator immediately and ask him or her to vote against HR 1913. Let’s continue to pray for America during these times. I am amazed at the tremendous moral slippage that is taking place in these days. And while I am excited to think of the coming of our Lord, I also want to stand for biblical truth until He comes!

For more information on the bill you can read the following articles: 1 2 3