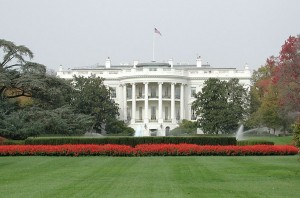 A recent article by Dan Gilgoff of U.S. News and World Report revealed a sad and disturbing trend in Barack Obama’s new presidency—the trend of “vetting prayers.” Gilgoff reported in his February 24th article, “In a departure from previous presidents, his public rallies are opening with invocations that have been commissioned and vetted by the White House.”

President Obama’s staff is requiring those who pray to submit copies of their prayers for approval before each public event. Gilgoff reports: “Though invocations have long been commonplace at presidential inaugurations and certain events like graduations or religious services at which presidents are guests, the practice of commissioning and vetting prayers for presidential rallies is unprecedented in modern history, according to religion and politics experts.”

Perhaps the saddest story I have heard in reference to this new precedent being established by President Obama is that of Pastor James Bing of Friendship Baptist Church in Fort Myers, Florida. Pastor Bing decided to “self-censor” his prayer before submitting it to Obama’s staff. Obama visited Fort Myers to promote his economic stimulus plan, and this pastor purposefully avoided praying in Jesus’ name or even mentioning Jesus’ name, so as not to offend anyone in the crowd. Pastor Bing stated, “For some strange reason, the word Jesus is like pouring gasoline on fire for some people in this country. You learn to work around that.”

In this day of tolerance, it seems that many are intolerant toward Jesus Christ. Yet, we must stay committed to speaking His wonderful name and spreading His message in these days!