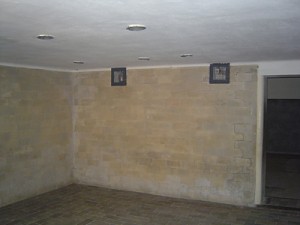 One morning after the service in Germany, Brother Mark Lancaster—another missionary in Germany and the son of Dr. Tom Lancaster—took Terrie and I to the Dachau prison camp. This was one of the prison camp to which Hitler brought hundreds of thousands of Jews during the Holocaust. There was a very sobering feeling that came upon us as we walked into the prison camp. We were led to the site of the gas chamber where men were told they would receive a shower. After walking into the “shower” room, they were locked in and the gas was turned on. The next room over was the crematorium where their bodies were destroyed. 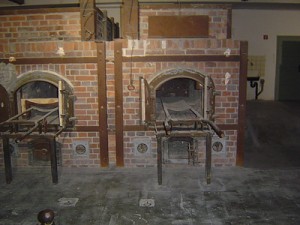 As I walked through the prison camp, I saw places of torture and beating and was told the stories of men who were murdered day after day in that place. I was reminded of the evil of Satan and the depravity of mankind. It is amazing how men can rationalize sin and come to the place of having such hatred.

Unbelievably, anti-Semitism is on the rise again in Europe. Truly, the hatred for the Jews will be an issue until the day of our Lord’s coming. Let us pray for our missionaries in Germany as they reach souls there, and let us be faithful during this Christmas season to spread the Gospel of our Lord Jesus Christ.