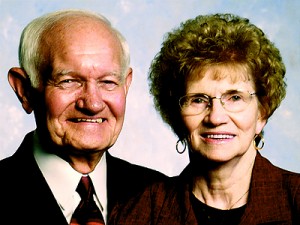 Just over a week ago, I had the privilege of spending several hours with Dr. Don Sisk, as we waited for his dear wife, Virginia, to come through brain surgery. Mrs. Sisk had been told a few days prior that there was a tumor on her brain that would require removal.

Thousands of people around the world were praying and by the grace of God, the tumor has been removed and Mrs. Sisk has begun on the road to recovery.

Dr. Sisk has been a great motivating and mentoring influence in my life since 1991. As a former missionary to Japan and General Director for Baptist International Missions Incorporated, he has seen thousands of people saved literally around the world. He and Virginia have traveled to dozens of countries preaching the Gospel and encouraging missionaries.

The last several years they have been members here at Lancaster Baptist. I must say they are some of the sweetest members I have ever pastored! Dr. and Mrs. Sisk are faithful soulwinners and real Christians. So many times I meet people who feel they have come to a place in their lives or ministries when they can “take a pass” on the basic things of the Christian life. Dr. and Mrs. Sisk have remained faithful well into their seventies in the areas of soulwinning, tithing, forgiving, serving, and loving the Lord Jesus Christ.

We often talk about the “greatest generation.” When we do, we speak of the men and women who served in World War II and helped rebuild America during that era. I believe we must tip our hats today to those who have served the Lord in ministry during the same long period of their lives. Thank you, Dr. and Mrs. Sisk, for your faithfulness!